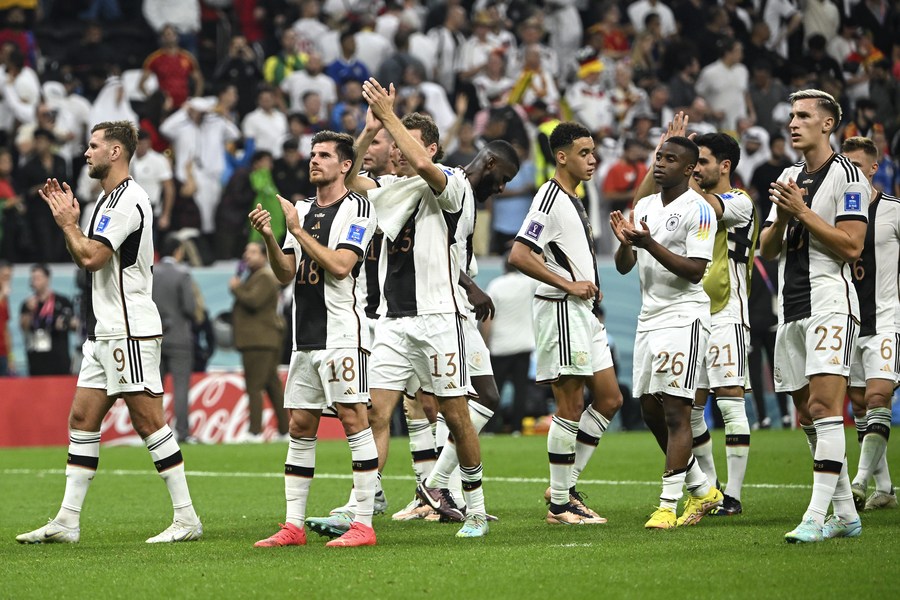 The second round of matches in Group E on Sunday left the group finely in the balance, with everything to play for in Thursday's final

round of games where any of the four teams can still qualify.


A win over Costa Rica would mean a great chance for Japan to reach the last 16 following their opening win against Germany, but against a rival that aimed to recover pride after losing 7-0 to Spain, somehow Japan lost 1-0.

A second win for Spain would have probably assured their spot in the knockout round, but after Alvaro Morata gave them a 1-0 lead against Germany, big striker Niclas Fullkrug saved the day for the Germans, just as some fans were mentally packing their bags.

"We have to be realistic; we are leaders in a 'Group of Death'," commented the coach. "The objective now is to win the game against Japan."

Germany coach Hansi Flick was much the happier of the two coaches after Sunday's draw, insisting his players had "shown they wanted to win and create chances, so I am satisfied with the result."

"We kept up a great level over 90 minutes and that is something I am very satisfied with. Maybe this will give us the confidence we need," commented Flick.

A win for Germany against Costa Rica will now probably send them into the last 16, but it's not that easy on a complicated last day. If Japan beat Spain, then Japan would qualify with six points from two games, while Spain would have much possibility of finishing second thanks to their goal difference.

And let's not forget Costa Rica. They showed great personality to come back from losing 7-0 to Spain to beat Japan and have their future in their own hands.

If Costa Rica beat Germany, they will go into the last 16 at Germany's expense, and although that's unlikely, nothing can be ruled out.

Write your words into below field and find what you want.

Write your email into below field and join our mailling list.